Posted at 23:12h in Tournaments by PlayDifferentAurora 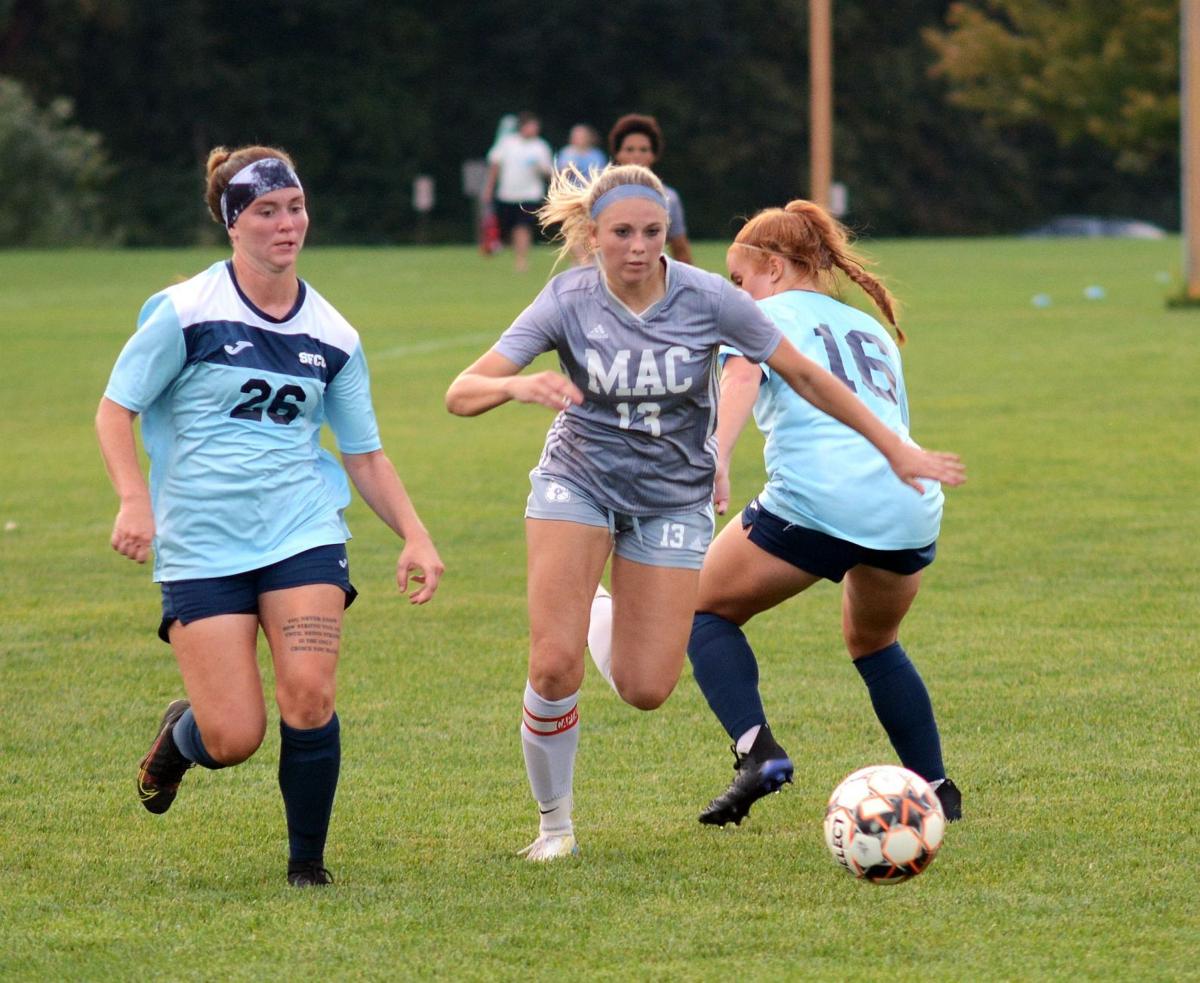 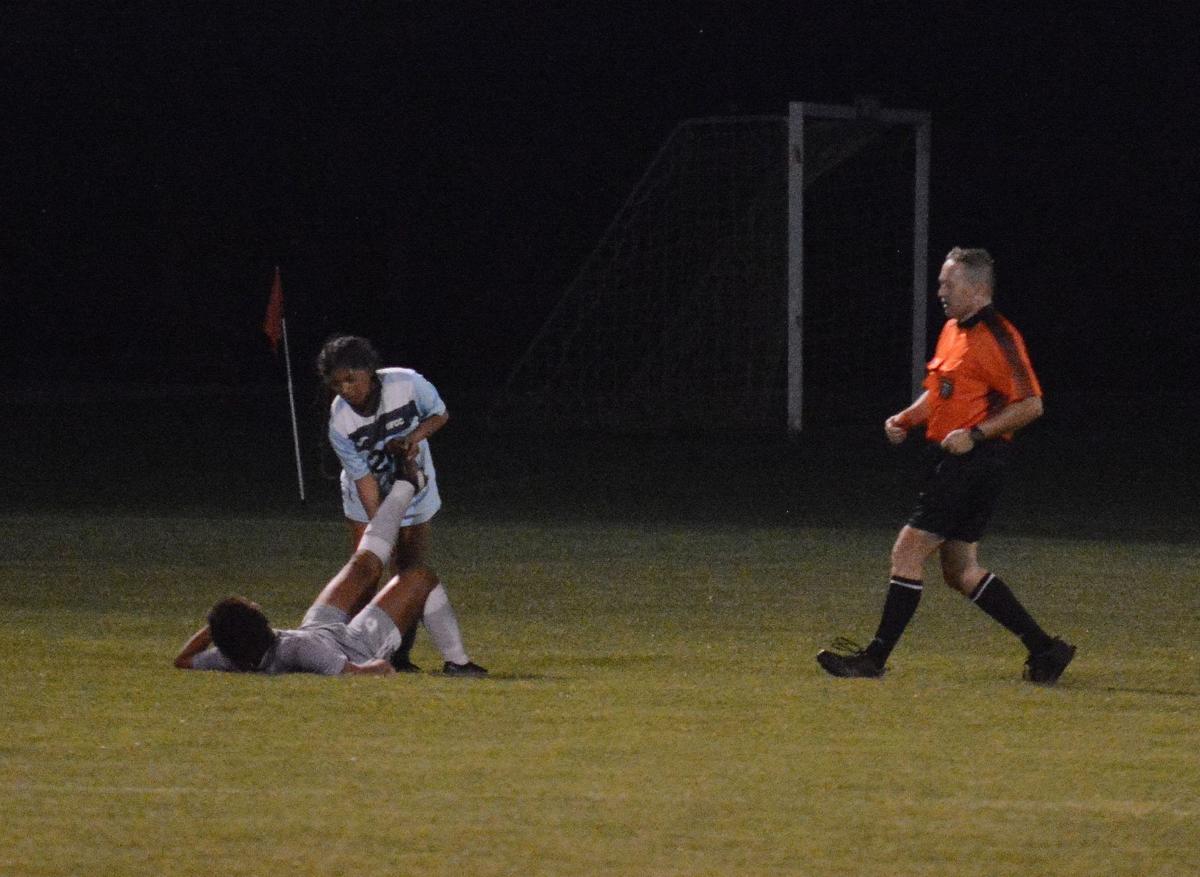 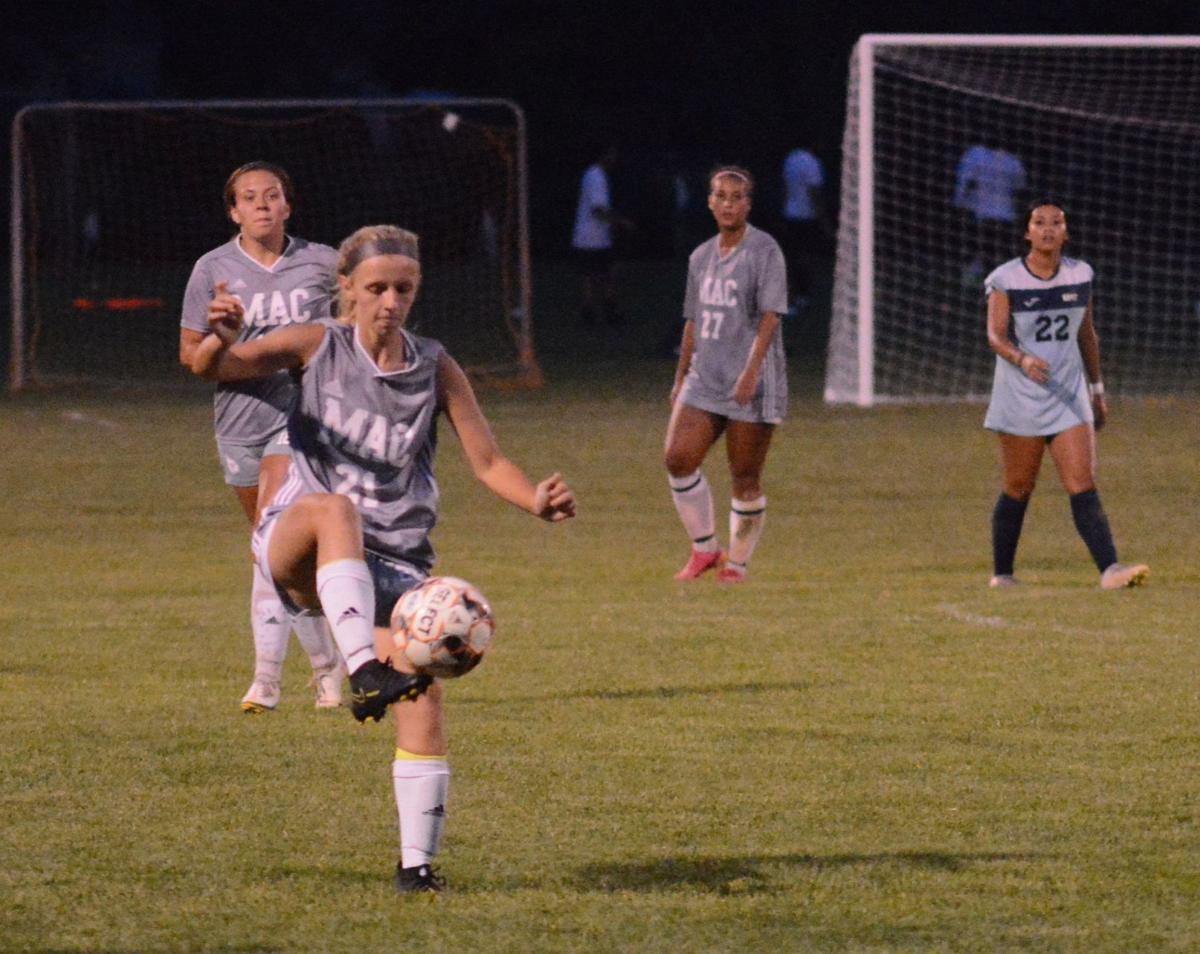 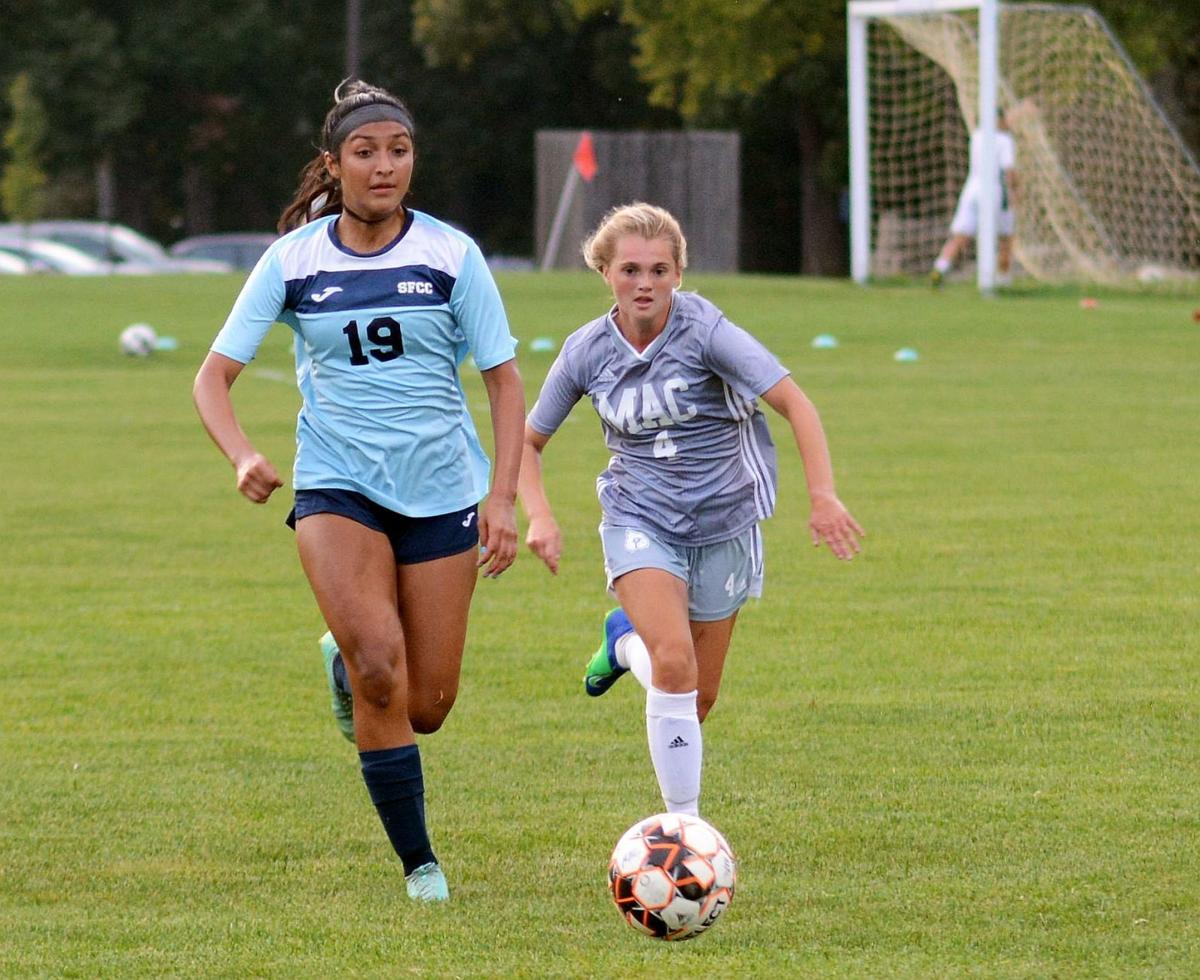 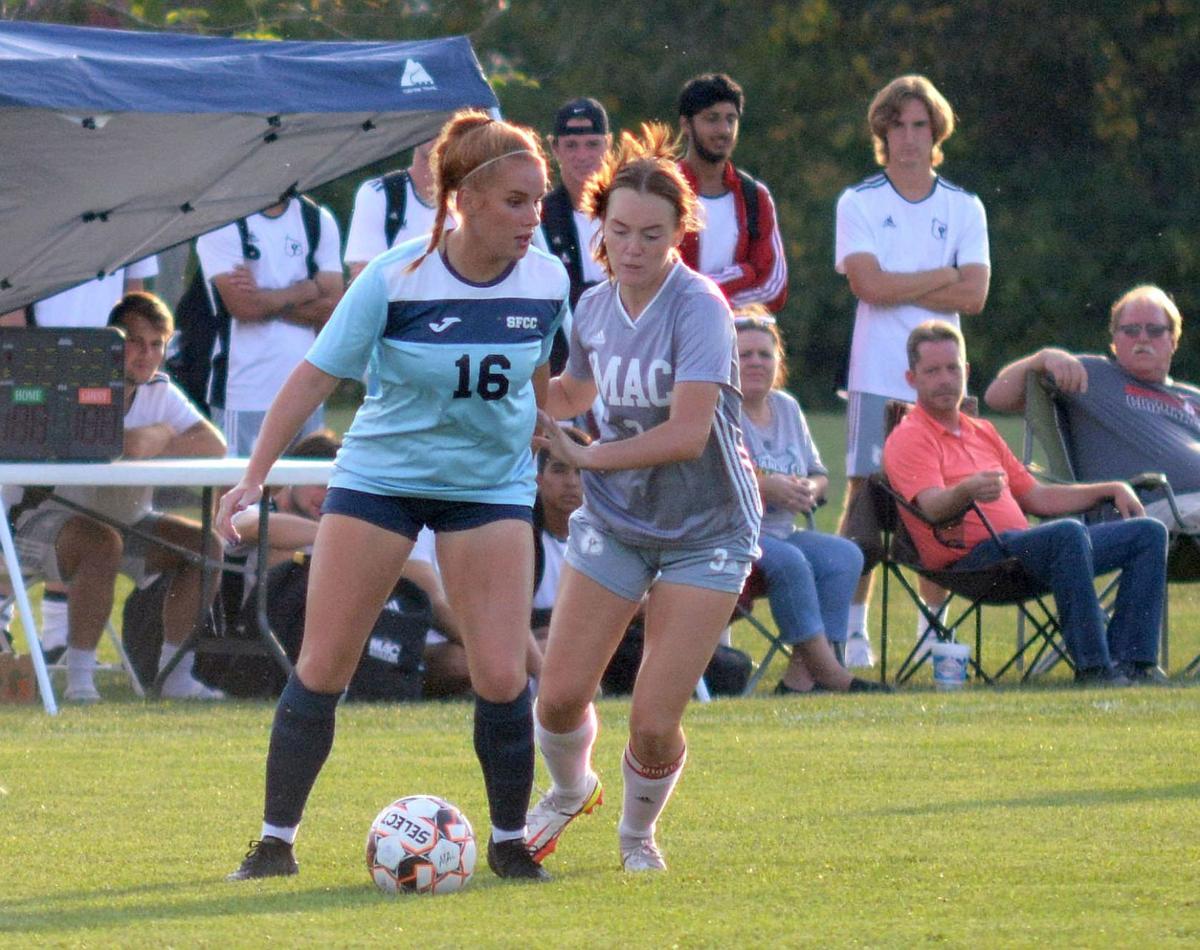 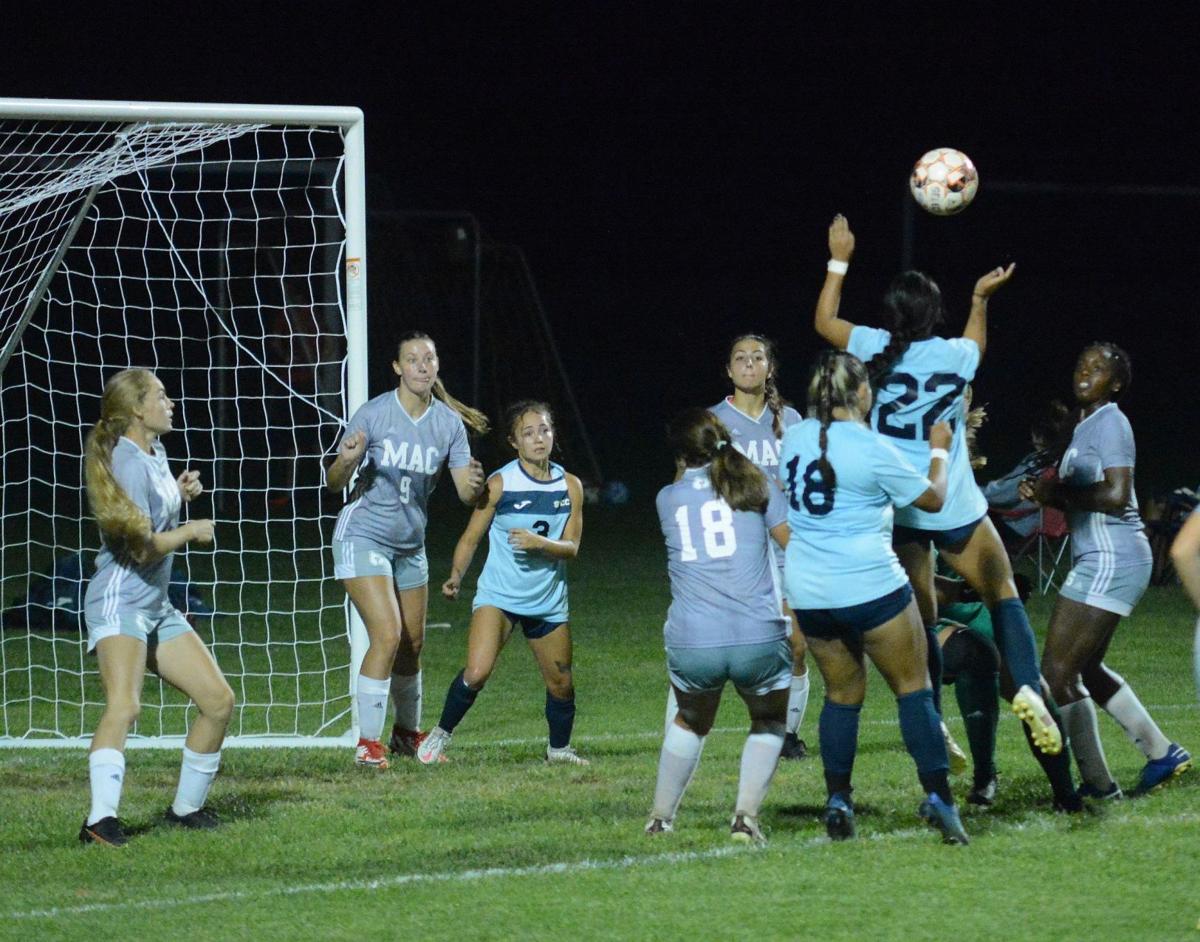 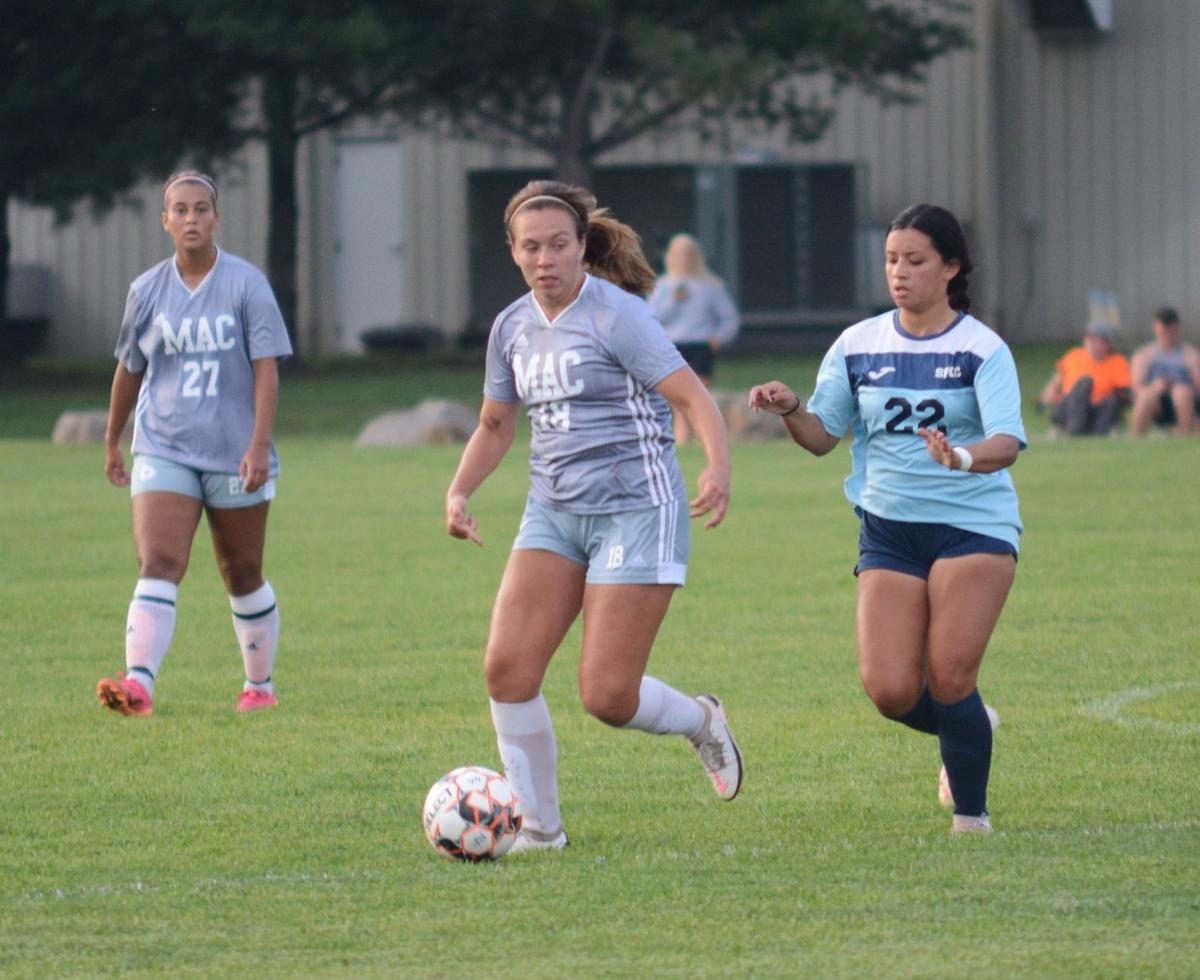 Mineral Area outside back Loren Kinkead (18) possesses the ball with State Fair forward Briscia Zuniga (22) in pursuit as Callie Clarke-Smith (27) looks on during first half women’s soccer action on Wednesday in Farmington. 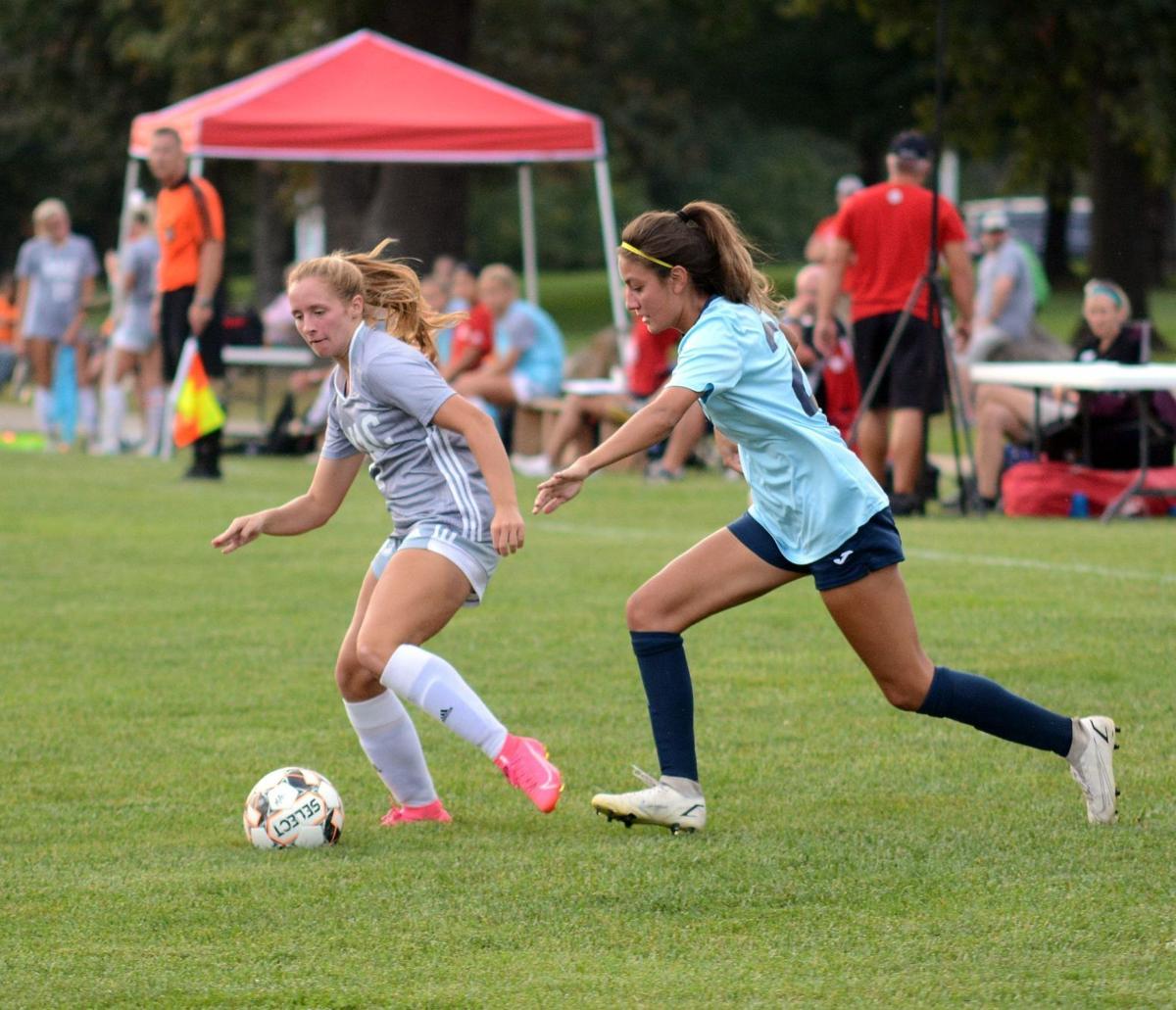 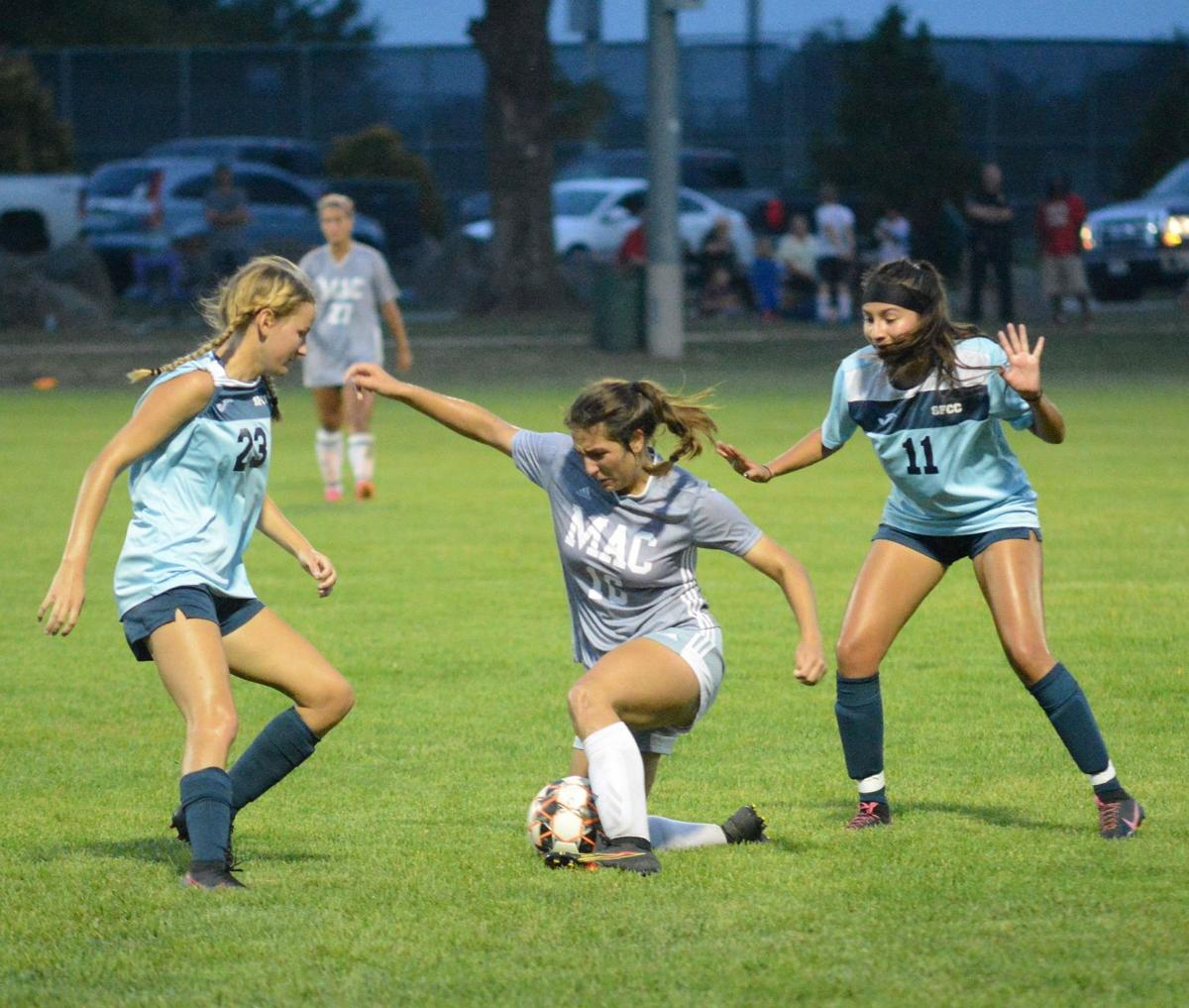 Mineral Area outside back Elisabeth Cosentino (16) works with possession between Skyler Sweezor (23) and Jianiva Flores (11) or State Fair during women’s soccer action on Wednesday in Farmington. 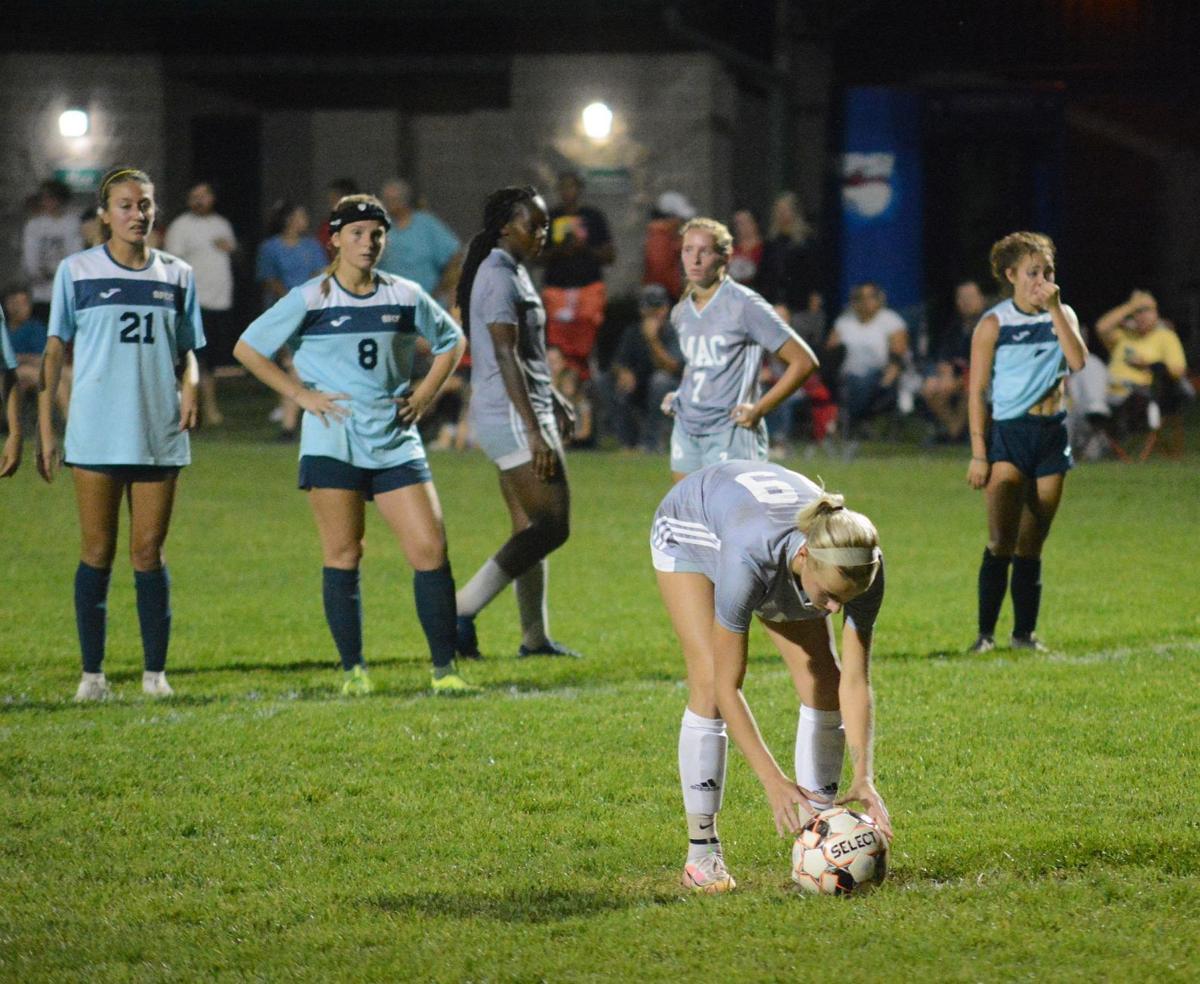 Mineral Area midfielder Ella Gant places the ball before converting a go-ahead penalty kick in the closing minutes of a women’s soccer match against State Fair on Wednesday in Farmington. 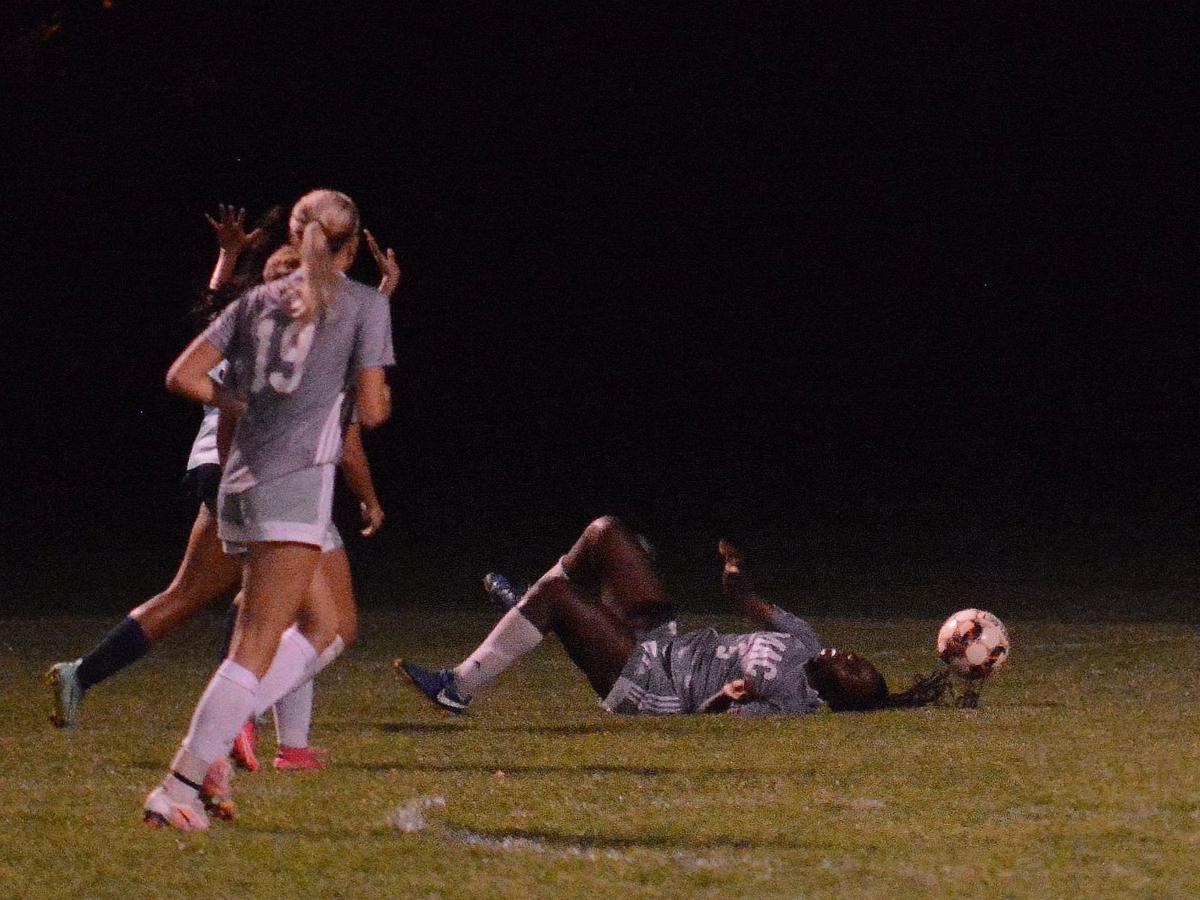 Mineral Area midfielder Emily Kellum hits the ground after being fouled the box, leading to the decisive penalty kick during second half women’s soccer action on Wednesday night in Farmington. 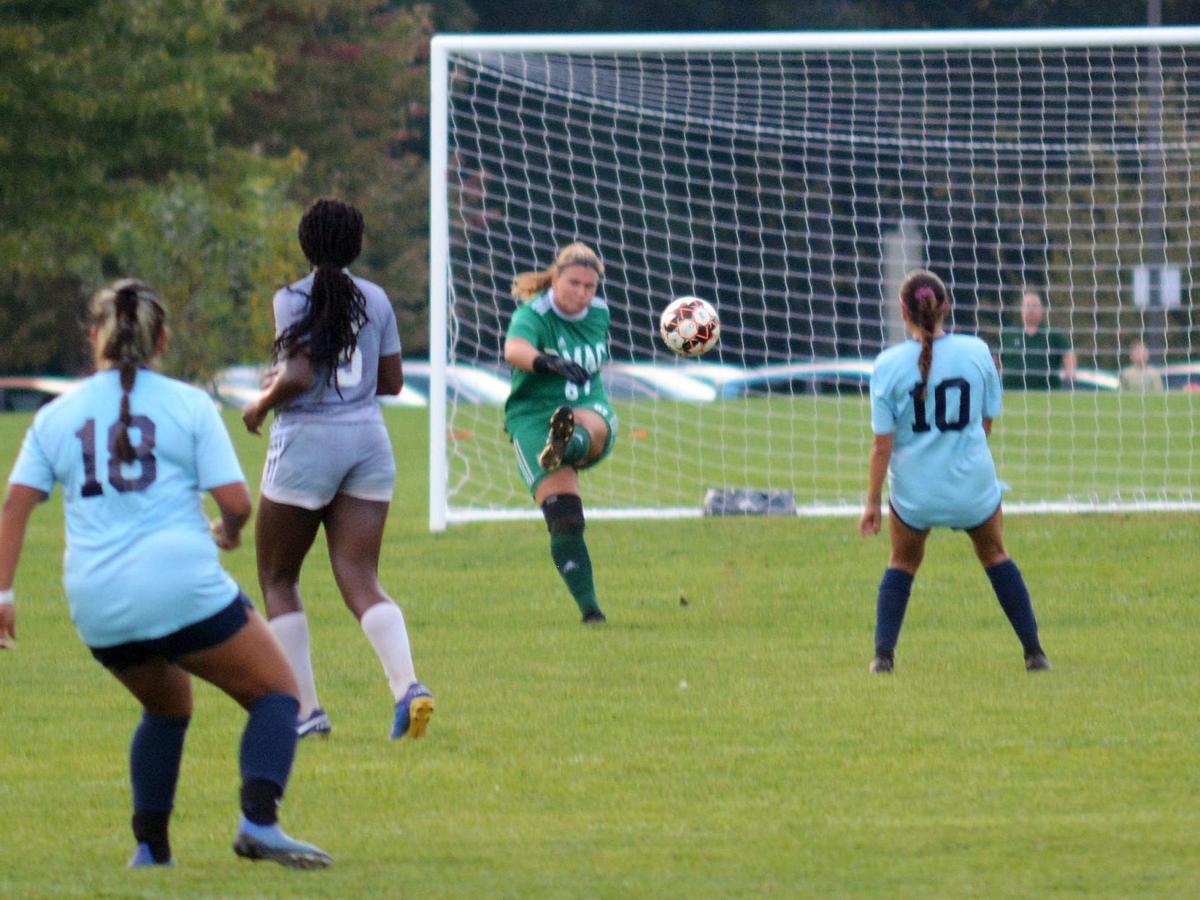 FARMINGTON – Since coughing up two fluke goals and a penalty kick to suffer its lone defeat 3 ½ weeks ago, the back line of the Mineral Area women’s soccer team has performed impeccably.

The Cardinals exacted revenge against State Fair on Wednesday evening, and moved one step closer to a coveted banner in just their second season of existence.

Ella Gant buried a penalty kick under pressure after teammate Emily Kellum was knocked down in the 84th minute, and the Cardinals prevailed 1-0 for their fourth straight victory.

Mineral Area (6-1, 5-1) generated only three shots prior to intermission, but completely dominated the second half for a 12-1 advantage.

Although a bushel of quality scoring chances slipped away, the Cardinals continued to push forward and eventually broke through on an alert back-post run.

Kellum, who exclusively played center back as a freshman out of necessity, moved up from her midfield spot on a cross that initially failed to connect in the middle. Her effort to arrive first at the loose carom coaxed a holding foul in the box from defender Jacqueline Murillo.

Gant was selected to attempt the resulting PK, and beat keeper Savannah Romero inside the left post for her eighth goal of the season.