Posted at 07:00h in Training by PlayDifferentAurora

LOUISVILLE, Ky. — Louisville’s pro soccer clubs got to tour their new training facility this week. For Racing Louisville – which plays in the top women’s league in the country – it means more than fresh paint.

What You Need To Know

Michelle Betos is Racing’s keeper and team captain. She has played for 12 clubs internationally and said not every space she’s walked into looked like her new one in Louisville.

“In 2013 – the first year of the [NWSL] – we didn’t have a locker room,” she recalled during a Thursday press conference after training. “We had a classroom, we had folding chairs, and our clothes were folded under it. At the end of the day we folded up the chairs, we went home, and took our clothes with us. So, walking in and seeing my locker light up and all the cabinets… it really was a special moment.”

Head Coach Christy Holly, who traveled the globe scouting opponents for the US women’s national team, said this should be the standard for women’s soccer.

“The due dilligence was put in, and it was with the understanding of what female athletes can do and what they deserve,” Holly said after leading Thursday’s training.

Both Louisville City and Racing Louisville run academies and summer camps in the same complex where the pros train. The veteran Betos pointed out how this new building can mean more for future generations.

“You have all these kids being a little loud in the background,” she smiled and pointed to a crowd of dozens of children who had finished playing and gathered to listen. “But they’re seeing right now that they can do this, they can play here. They’re playing next to the pros. They come into Lynn Stadium; look how professional it is. And now they have something to work toward.” 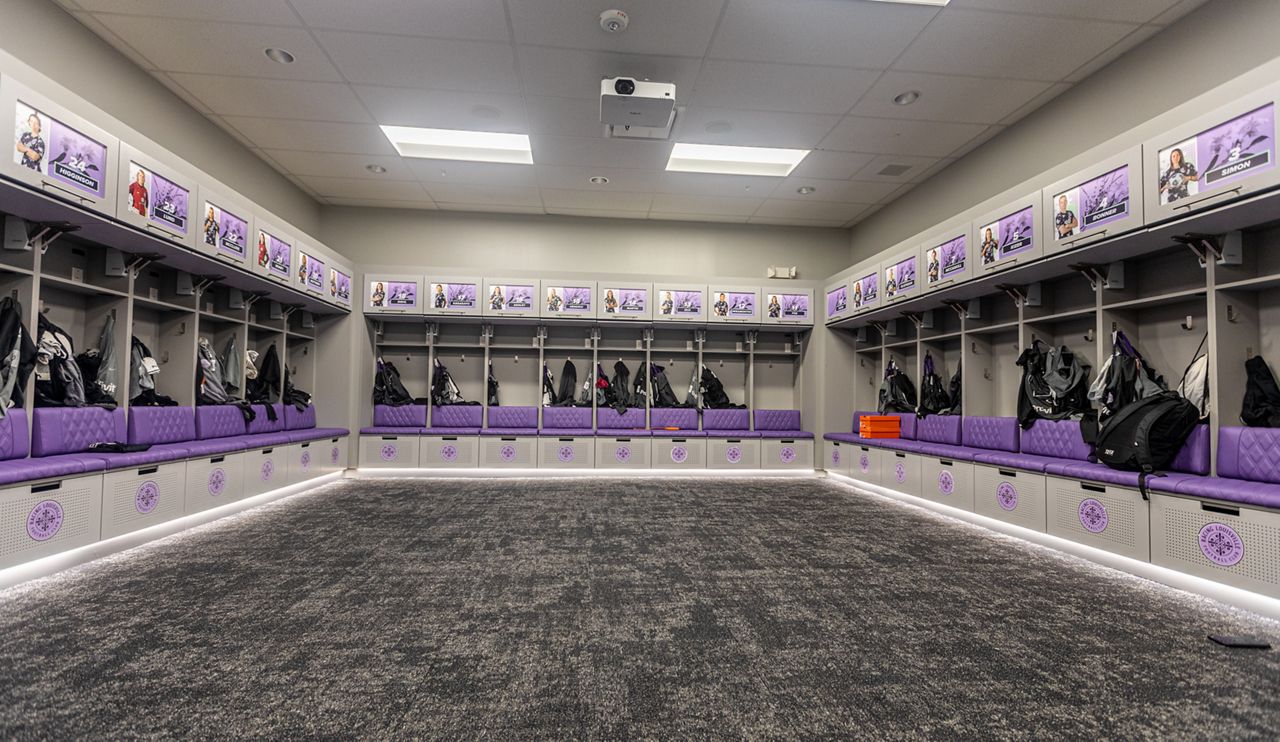 The soccer training facility took less than a year to build. It is just over a mile from Lynn Family Stadium, where Racing Louisville is set to face off against Portland Saturday, July 3 at 7:30 p.m.