Posted at 01:14h in Training by PlayDifferentAurora 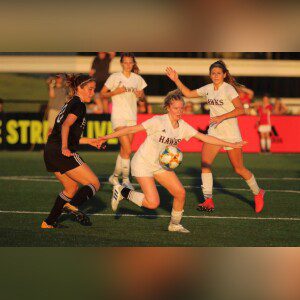 Midgley will team with elite players from all around the country as she attends training camp with the FIFA Youth Women’s U20 World Cup Team. This year’s U20 Youth National Team will be coached by Tracey Kevins and Matt Potter. The team will close out the 2021 year with a second training camp slated for December 12-19, also to be held in California.

Midgley began playing youth soccer for the Michigan Hawks at the age of ten. She has since played eight years in the organization and has developed into one of the top (2003) midfielders in the country. With the Hawks, Midgley was coached by Michele Krzisnik, Doug Lanefeld and Adil Salmoni.

The humble Midgley is honored to have been selected to the training camp roster, and is excited about the opportunity to train with the team in Chula Vista.

“Our league the ECNL (Elite Clubs National League) does a great job at getting college scouts and national team scouts at our games and showcases. My club, the Michigan Hawks also have a great training environment that is well respected by scouts. I can’t say for sure how I was picked, but the national team scouts must have liked something in me, which I am grateful for.”

Over the past few years, college coaches took notice of Midgley’s stellar play and she received interest from several Big 10, Big 12, SEC, ACC and MAC schools before committing to play for the University of Tennessee and coach Brian Pensky. 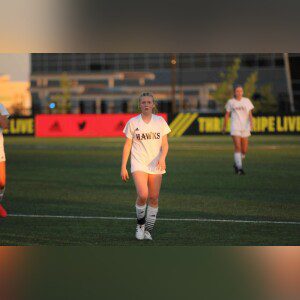 When asked why Tennessee? Midgley responded, “Tennessee just felt like home. I have a lot of respect for the coaches, and know that they offer many different tools that will me become the best player I can be.”

After visiting the Knoxville campus, Midgley said, “The team is just one big family. It is an environment where you give everything you have for your teammates. The team has a bright future with the girls currently on the team and with all the amazing recruits that are coming in so, I am just excited to be a part of that, and hope that I can make an impact.”

In the meantime, she has some unfinished business with the national team with aspirations to win the U20 Women’s World Cup which is scheduled for 2022 in Costa Rica.

Macaira is the daughter of Molly and Mark Midgley.